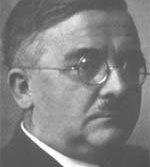 The first to head the Institute was academician Prof. Dr. Milan Vidmar. He was born in Ljubljana in 1885. In 1907 he completed his study at the Vienna High Technical School from which he received in 1910 his Ph.D. degree in technical sciences. He then joined the Austrian firm Elin and after it the Hungarian firm Ganz. It was already in 1919 that he was nominated Full Professor at the Electrical-mechanical Department of the Technical Faculty of the Slovenian University. The appointment lasted until his retirement in 1959. Between 1928-1929 he was the Rector of the Slovenian University and later for five years the Dean of the Slovenian Technical Faculty. In 1940 he was elected Regular Member of the Slovenian Academy of Sciences and Arts in Ljubljana and was, for a certain period of time, also its President.

In 1948, Prof. Dr. Milan Vidmar was entrusted the managerial position at the newly established Institute for Electricity Supply Economy in Ljubljana (the today's Milan Vidmar Electric Power Research Institute). After his retirement he continued devoting his time to the Institute as a Consultant until his death in 1962. 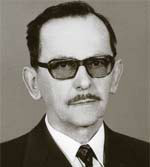 Stojan Armic, BScEE, was born in Ljubljana in 1907. In 1931 he completed his study in Electrical Engineering at the Technical Faculty of the Slovenian University. Upon his graduation he worked in Vojvodina, Ljubljana, Zagreb and Belgrade. He then returned to Ljubljana to join the State Administration where he worked in the field of electricity supply economy. The Milan Vidmar Electric Power Research Institute was headed by him in the period 1959-1964. 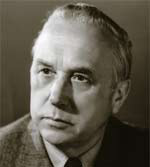 Vekoslav Korošec, BScEE, was born in Zagorje in 1914. His first employment after his graduation in Electrical Engineering was with the Senovo mine. Before joining the Institute in 1964, he had been assigned several important positions in the area of Slovenian electricity supply industry. Among others he was Director of the Drava-river Power Plants, Director of the State Power Plants, Director of the Slovenian Electricity Supply Board, and leading designer at Elektroprojekt. His contribution to the complete electrification of Slovenia and to the growth and expansion of the Institute fields of activity during 17 years of his directorship - until 1981 when he retired - is considerable. 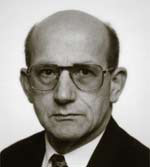 Franc Potočnik, BScEE, was born in Fužina in 1937. In 1961 he graduated from the Faculty of Electrical Engineering of the University of Ljubljana. After working as a Head for Operation, Investments and Engineering at the Šoštanj Thermal-power Plant he joined the Elektroprojekt. In 1981 he was entrusted the directorship of the Institute which lasted until 1985. 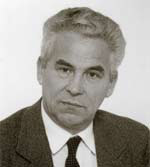 Janez STerniša, BScEE, was born in Ljubljana in 1932. He graduated from the Faculty of Electrical and Mechanical Engineering of the University of Ljubljana and from the High School of Economy and Commerce of Maribor in 1960 and 1974, respectively. His first employment, lasting eleven years, was with the Textile Works of Maribor. He then joined the Slovenian Electricity Supply Board where he was for six years its Director. In 1985 he was nominated Director of the Institute which he presided until his retirement in 1994. 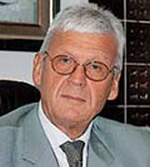 Prof. Dr. Maks Babuder, BScEE, was born in Materija in 1940. He received his Diploma in Electrical Engineering from the Faculty of Electrical Engineering of the University of Ljubljana and his Ph. D. degree from the University of Zagreb in 1964 and 1993, respectively. Immediately upon his graduation, he got employed with the Institute as a High-voltage Laboratory Engineer. In 1976 he was appointed Head of the High-voltage Dept. and in 1994 Director of the Institute. In 2010 he was appointed Deputy Director and Leading Researcher in technological development of the electric power system.